I am writing because I am concerned, this  is a global concern that we in the west need to be aware of. 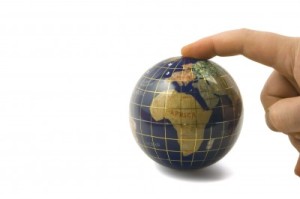 It is a story of  malnourishment and poverty, but one that could have so easily been averted, today as I blogged about Nerida and Delilah I was struck with irony of the situation, each week I buy her Infant Formula to keep her alive, each week I see her gain weight but still not at the peak of health. I can only trace that back to her malnourishment and lack of nutrition, but then I can trace that back to her being bottle fed not breastfed for months depriving her of LIFE GIVING immunities and nutritional benefits.

I thank God I have Infant Formula to give her, but it is a poor second to the powerful advantage of breastfeeding.

You may think I am on a bandwagon, and yes I agree…….in Australia Formula feeding is a norm and because of the higher standards of care, cleanliness and medical support our babies SEEM little impacted or deprived from the advantages of Breastfeeding (I say seem because there is UNTOLD damage that we cannot see that is supported by research and studies)…….But in Baseco and devleoppping countries the IMPACT is irrevocable and dangerous and results in DEATH and SICKNESS.

Here is one story

You have met Delilah before if you have followed my blogs, she was malnourished and suffered from gross dehydration and chronic gastro etc, she was 3 kg. Her problems could have easily been averted, hers is a BREASTFEEDING FAILURE that nearly cost her life. 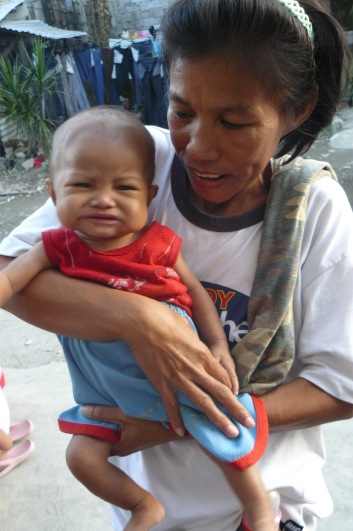 Nerida Delilah’s mother stopped Breastfeeding because she “ran out of milk” she then had to source Infant Formula close to 60 pesos a day, her husband only earned 100 pesos a day…….As a consequence Nerida too went out to work to alleviate the financial pressure on Meseda her husband leaving the small baby with siblings to care for her, the children were small the oldest only 13 and Delilah was not fed or cared for properly.

Bottles (when they did have formula) were filthy and never cleaned properly with dried milk caked inside,  and unpurified contaminated water was used to make up bottles, she grew sicker and sicker, suffering from chronic dehydration and gastro , sores fever and more

There was still not enough pesos to feed the family, let alone live, the formula was purchased in fits and starts as there was no left over money for food for the other five chn, so the baby suffered.  Formula was not purchased as it should be and Delilah NEVER had enough to eat because they could simply NOT afford it.

With proper education Nerida would have never run out of milk, she could have built up her breastmilk supply and continued to give adequate nutrition to her baby, and helped the family income not depleted it. If the option of Infant Formula was not promoted and aggressively advertised targeting  the poor and uneducated population (like Nerida’s family)  this story may have never happened. Nerida may have persisted breastfeeding (because she had no alternative) and not had to resort to Infant Formula.

Infant formula companies (such as Nestle) continually break international laws and codes for advertising, and we in the west know or care little about this battle. We must realise that women like Nerida and Babies like Delilah are the direct result of this international and global injustice. God give us eyes to see!!

Why are people so passionate about breastfeeding?? It is much more than the luvvy duvvy mummy and baby image (which we perceive and believe in the west) It is life and death over here…………………the difference that may break a families physical health and financial back!

Nerida and Delilah is just ONE story in thousands…….breastfeeding is the ONLY logical solution in this harsh world.

Am I passionate YES

Am I gonna teach it YES

No apologies, I have seen the consequences

No turning back now!

2 thoughts on “Real Life Battle of the Bottle”